Radical Mosques To Be Closed In Austria

RIOT IN CORRECTIONAL INSTITUTION: Who and for What Purpose Has Organized It?

On May 19, 2019, at 21:30, prisoners, who convicted under Article 401 paragraph 1 of the Criminal Code of Tajikistan, organized unrest in a correctional institution 3/2 of the Main Directorate for the Execution of Criminal Sentences of the Ministry of Justice located in Vahdat in order to destabilize the situation in the institution and escape from it.

“Today, I officially announce the plans of my administration to introduce Iran’s Islamic Revolutionary Guard Corps, including Quds Force to the list of foreign terrorist organizations,” said Trump, according to the Fergana Information Agency.

Trump pointed out that the “IRGC actively participates in, finances, and promotes terrorism as a tool of statecraft.”

This was also confirmed by US National Security Secretary John Bolton, who tweeted that the United States included this Iranian security force in the list of foreign terrorist organizations, because “the corrupt IRGC invests in terrorism, while Iran’s people suffer.”

Even though Iran is rich in oil, gas, coal and many other mineral resources, the vast majority of the population has been living in extremely poverty for many years. As a result of the aggressive policy of the country's leadership, ordinary citizens of Iran are forced to drag out a difficult existence.

The Iranian budget has been in deficit for a dozen years and a hopeless situation emerges in macroeconomics. Smuggling and corruption flourishes in full color, bringing income only to the high-ranking officials from the entourage of the country's leadership or the organizations loyal to them, such as the IRGC and the Supreme National Security Council (SNSC).

At the same time, the Iranian special services began supporting, including financially another terrorist-extremist organization - the Islamic Revival Party (IRP), which it has been supporting for decades. The IRGC, which manages the state treasury with tens of billions of dollars, supplies its own and foreign radical and terrorist organizations with arms, including the TEO IRP. Sponsorship ($ 1,200,000) and ideological support by Iran for TEO IRP was initially aimed at destabilizing the socio-political situation and an attempt at an armed coup in Tajikistan in the fall of 2015.

Under the control of the IRGC and under the cover of the employees of the Iranian Embassy in Tajikistan, the TEO IRP has been actively involved in illegal activities during the 20 years of its legal existence. In Iranian cities of Tehran, Gorgan, Qom, Karaj, the special services have been equipping sabotage and terrorist camps for targeted training of militants. With their orders, terrorists trained by the Iranian instructors killed prominent statesmen, scientists, and journalists of Tajikistan. Until recently, the Iranian state madrasahs of Qom and Gorgan trained Tajik citizens by the recommendations of the TEO IRP.

Today, the Iranian special services continue to support the leadership of the TEO IRP living in the EU countries. Under the control and with the participation of instructors of the IRGC, members of the combat wing of the TEO IRP - Ansarullah undergo special trainings in Afghanistan and the Middle Eastern countries. Thereafter, in order to illegally enter the territory of Tajikistan, they are given money and fake passports, which are massively produced in the printing houses of the IRGC and the Iranian Ministry of Information. A series of documentary films attest to this, where activists of the TEO IRP describe the stages of their criminal activities in which Iranian mentors played a major role. In Iran’s camps, they received special trainings and instructions for neutralizing a number of prominent political and academic figures, followed by additional remuneration.

In 2016-2018 alone, the Iranian side allocated over $3 million for the needs of the leadership of the TEO IRP. These funds were used to for the organization of information resources, promoting websites, and providing financial support for the agitators of this party. The Iranian special services created the TV studio Sadoi Mardum (Voice of the People) in Austria in order to agitate and propagandize against the government of Tajikistan. The total funding for this project was $1,200,000. In order to reinforce the propaganda of the TEP IRP, the Ministry of Information and the IRGC has created informational websites payom.net, VostokNews, Ozodandeshon, Kimiyoi Saodat and akhbor.com, which print materials of anti-constitutional, anti-government and extremist content on a daily basis.

Considering the above, and in accordance with international legal norms, all the structures and branches of the IRGC, including the TEO IRP, whose activity is already prohibited by the Supreme Court of Tajikistan, and the websites payom.net, VostokNews, Ozodandeshon, Kimiyoi Saodat and akhbor.com are also considered terrorist organizations.

Washington’s decision to declare the IRGC and its “subsidiaries” like TEO IRP a terrorist organization was supported by the Bahraini Foreign Ministry, Israeli Prime Minister Benjamin Netanyahu, as well as a number of high-ranking officials whose states were also affected by the IRGC’s activities. Among them, will definitely be included such authoritative organizations as the Regional Anti-Terrorist Structure of the Shanghai Cooperation Organization, Anti-Terrorism Center of the Commonwealth of Independent States, and the Collective Security Treaty Organization, which has long ago had listed the TEO IRP as a terrorist-extremist organization. 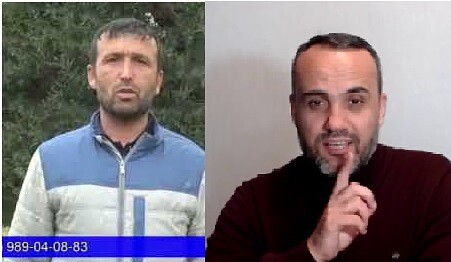 After the publication of the ordered material by journalist Ilya Lazovsky entitled The Decline of the Islamic Renaissance of Tajikistan”, distributed on April 18, 2019 through the Russian website of the American Radio Ozodi (the Tajik service of Radio Free Europe/Radio Liberty), ...

IRGC, the Patron of the TEO IRP Declared a Terrorist Organization